Return of the icy marbles

I did these last year. I loved them. I loved them so much I got a canvas of them for the wall.  I was pretty excited to do them again this year so I am not sure why or how we managed to get over halfway through January before doing so. Between this year and last year, I heard of people who found that they didn't work. Perhaps this delayed me - fear of them failing me, disappointing me as I try to find joy in below freezing temperatures.

Last year, I said that I had learned a lesson about water splooshing out after filling the balloons and removing them from the spout of the tap (the faucet, if you wish). I must admit that it turns out it was a short-term lesson and I should have revised this year to avoid the same again. Having said that, I did not need paper towels at any point this year so I have made progress. 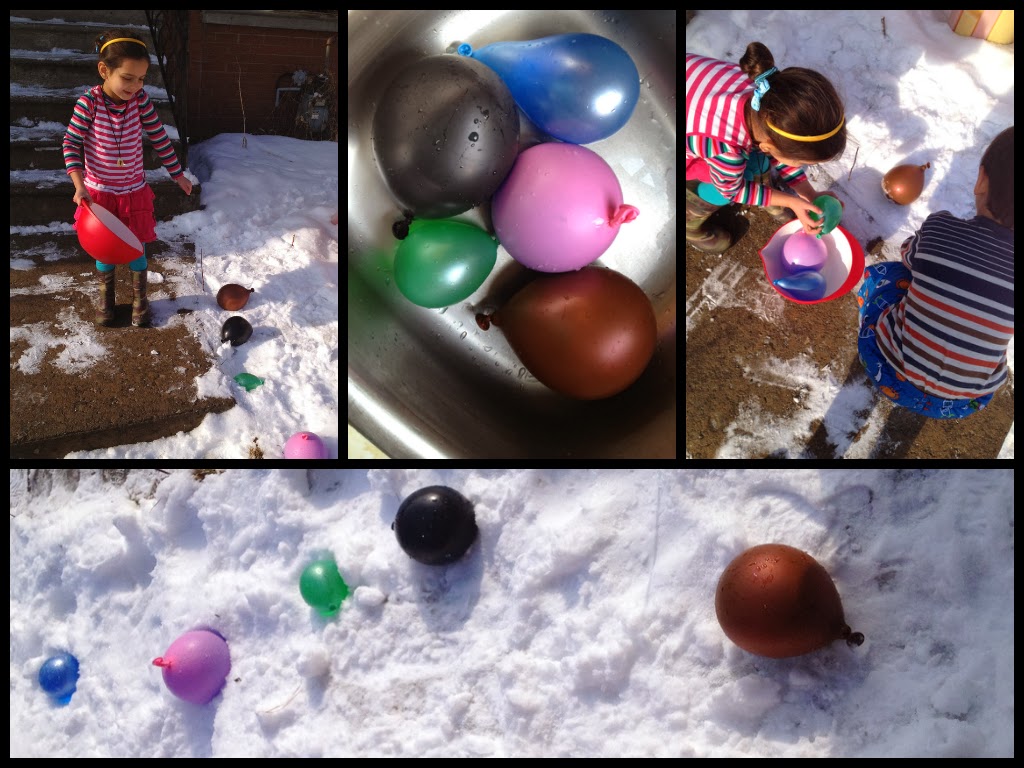 The Zeds needed some persuading to actually come with me and place them outside. This is why they are not wearing coats, a fact which was remarked on by Husband and a neighbour. In my defence, they were only out for a few moments and it was only about -5C or so and I thought it would encourage them to come back inside once they had placed them and I didn't want to hang about out there. Also, they didn't wear coats for this last year so let's call it tradition. (It was a positively balmy 13C when we did it last year.) 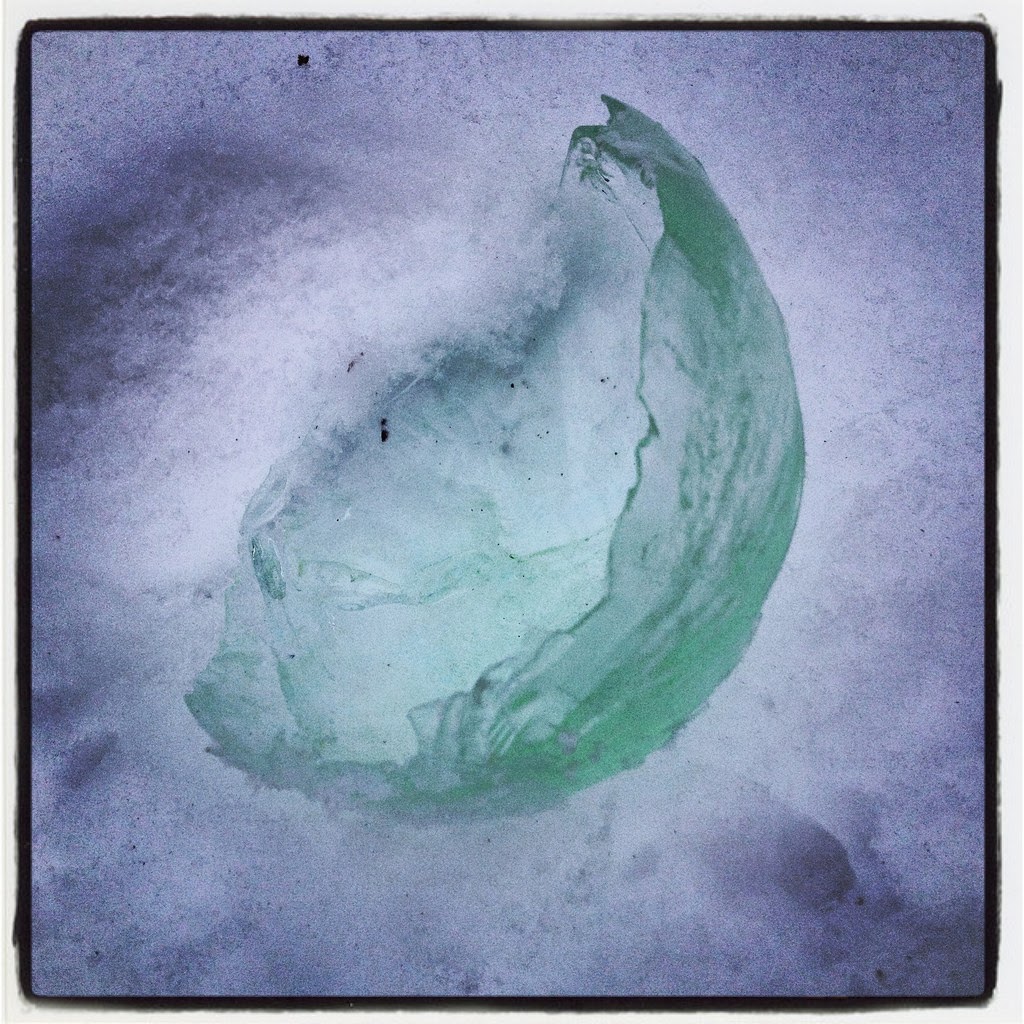 The big reveal happened the very next day. There was snow falling so I wanted to get to them before they were buried. Also, I am impatient. One broke when I went to check on them the evening before. Still beautiful.

So, without further ado as there has been quite enough ado so far, here they are! Oh, and note how the purple dye, in particular, seems to become encapsulated rather than remaining diffused  - it did that last year too - this is art AND science. 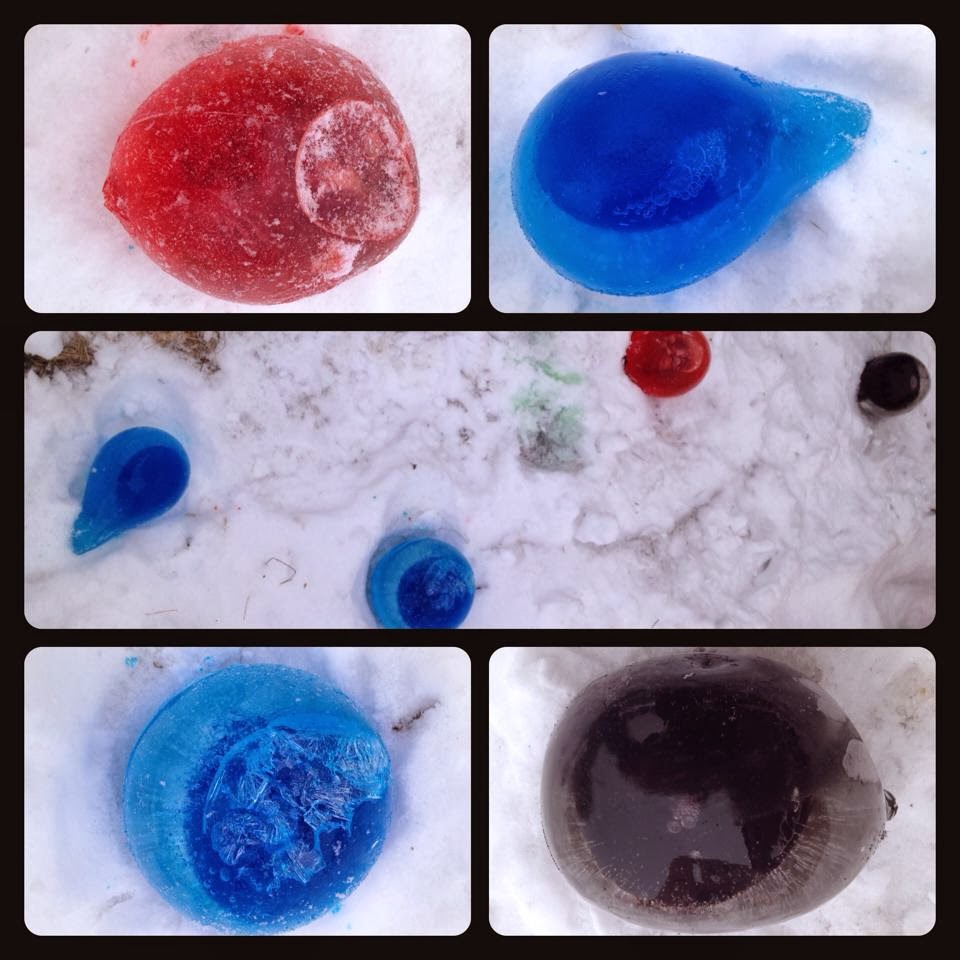