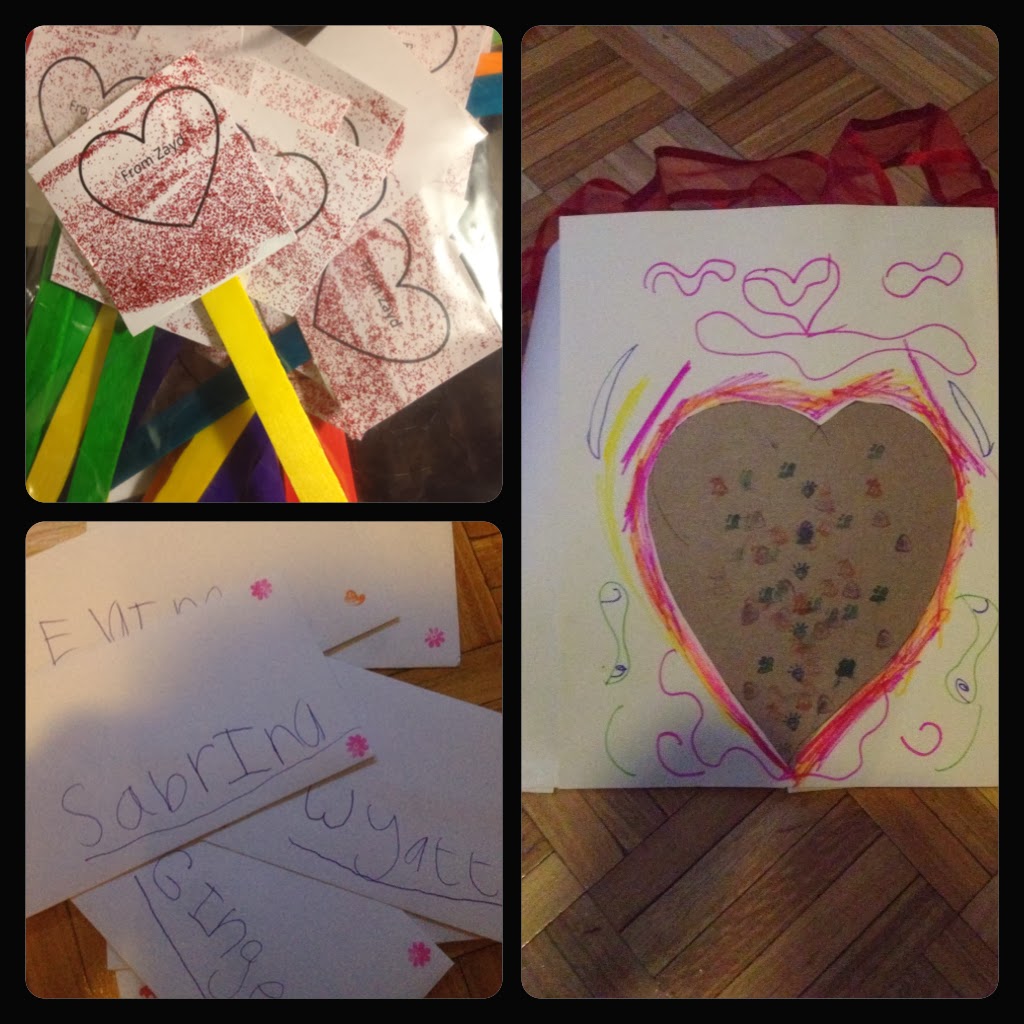 Last year, I had hearts of rage even though I generally have a reasonable affection for Valentine's day (but must admit to never having seen the relics of the venerable saint in my town of birth).

This year, I was all prepared with ideas in my head and a saved template on my computer. However, I had the wind taken from my sails by a post on Z1's class blog with the class list and an assurance that writing out each name would be a great writing exercise for the children. My schemes had mainly avoided Z1 having to write out much as I felt it would be tedious. Also, the bookmarks I had planned, glittery hearts with her name on them stuck to a lollipop stick - ta dah - a bookmark - were not conducive to having names written on them. We overcame the latter problem by putting the bookmarks in envelopes and, as for the tediousness, it turns out I had underestimated her tolerance for writing and she completed the task as well as decorating the envelopes with each classmate's favourite colour accompanied by frequent declarations about how awesome it all was.

Z2 helped a bit with glitter painting his hearts but I did most of the work. As for the beautiful bag you see in the righthand panel of the picture, Z1 decorated it but it was chiefly my effort as bedtime was nigh by the time we got 'round to it. Sadly, I was not paying attention to detail and the other side of the bag has an upside down heart. However, on a positive note, it did not fall apart when we were carrying it to school despite the fact that I ran out of sticky tape (Z1 gets through miles of the stuff for her various projects) and had to use a glue stick to put on the ribbon handles and seal up the bottom. Furthermore, it turns out there was a book fair at Z1's school this week making the bookmarks so very appropriate and on theme. I win after all.
Posted by Madeleine at 12:34

Email ThisBlogThis!Share to TwitterShare to FacebookShare to Pinterest
Labels: glitter, planning, seasonal, turns out ok in the end, Z1, Z2