On discovering that the winter festivals in Quebec and Ottawa were finished and we couldn't go, Z1 was rather upset and I, on the spur of the moment, proposed that we have a winter tea party. I suggested she invite two friends and that we could have cupcakes with blue sprinkles. I sent the invitation emails to the parents before I could back out of it, what with her birthday party coming up and the house never being as organised as I'd like.

Blue sprinkles seemed hard to come by in my usual range of shops (or at least not in reasonable quantities at a reasonable price) so I Googled and found you can just add blue food dye to sugar. Hurrah. I then went on over to Pinterest and found that you can apparently make "edible glitter" by putting dyed sugar in the oven for 10 minutes. Z1 didn't seem too excited about this but I was. However, it didn't really turn much sparklier than the simple sugar + food dye combination. It did change the colour a little to a more turquoise/greenish hue and it also produced a beautiful glazed, cracked mess on my baking tray.

I baked some cupcakes and the Zeds helped by licking the beaters after I had finished (I know about raw eggs and salmonella - we had a lucky escape this time - one of many, many lucky escapes from the perils of post-cake-mixing  bowl and spoon licking). Some were chocolate, some were vanilla. I wisely decided to start icing them just when the Zeds were due to go to bed. Husband got them up to brush their teeth while I squiggled and swirled. I lovingly took photos knowing that they were to be destroyed decorated by the Zeds in the morning. All in all, it was a success  - I got to try new things like the ribbony icing tip that came in a 4 pack of icing tips and also making blue sugar. Z1 had her friends over and got to run around screaming a bit. I got to have my friend over too (one of the mums stayed  - yay!) and there were even leftover cakes to bring into work on Monday. Maybe next year we'll go to Quebec or Ottawa for the winter festivals but our Winter Tea Party was fine for this year. 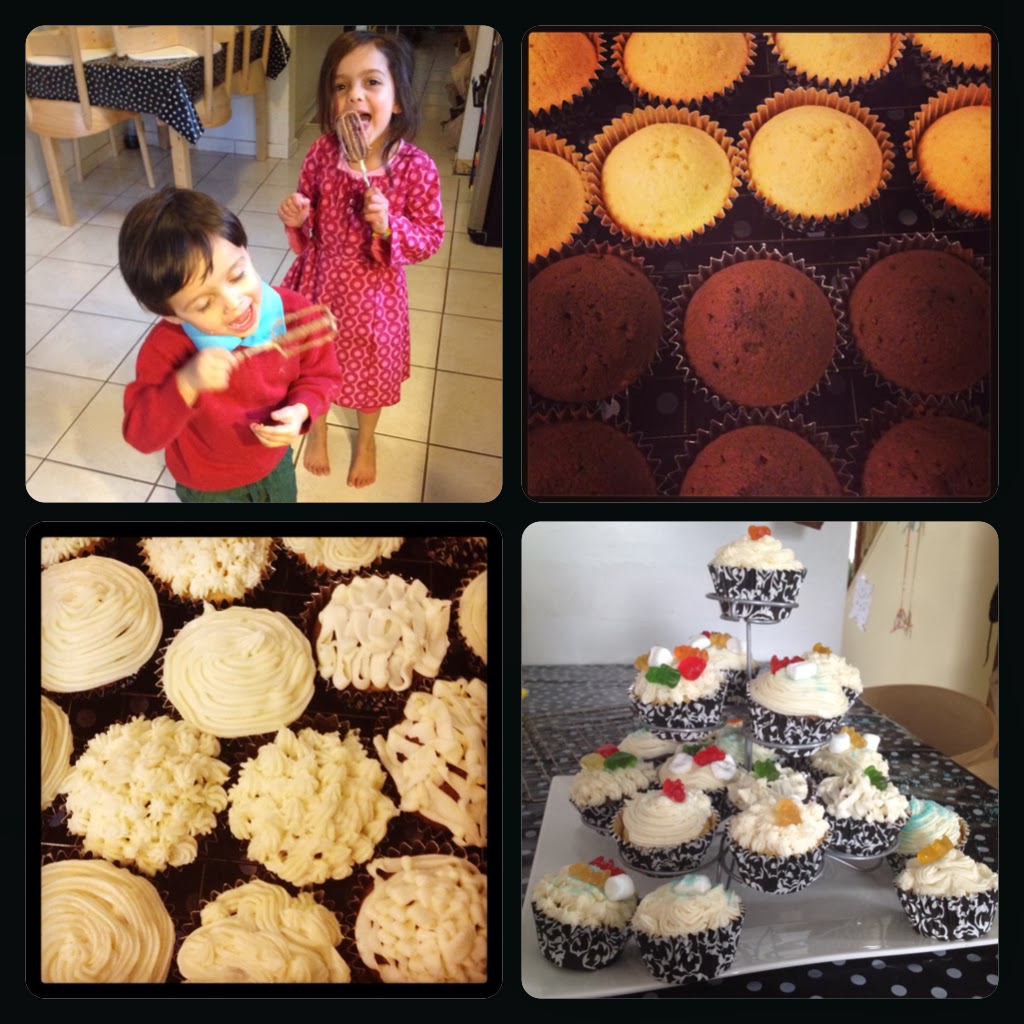 Email ThisBlogThis!Share to TwitterShare to FacebookShare to Pinterest
Labels: before and after pics, edible, parent participation, Pinterest, seasonal, Z1, Z2